Thanks to a link on a Facebook page I follow, I have decided to join Amy Johnson Crow’s 52 Ancestors in 52 Weeks challenge. Having just finished a Diploma of Family History I thought it would be a good way to use what I learnt. Each week Amy will send a prompt for the week to give inspiration.

Week 1 (1-7Jan18) prompt is ‘Start’. As I have already posted a few stories about how I started researching my family – I will ‘start’ with myself!

On 12 July 1969, I, Belinda Jane Kotwic, was born to Stanislaw Kotwic and Maureen Elizabeth Shingles in Baxter House of Geelong Hospital in Victoria.

I was joined by my brother, Michael John Kotwic, who was born on 7 May 1973 also in Geelong.

I attended Geelong East Primary School and then Geelong High School graduating in 1987.

On 7 February 1989, I joined the Royal Australian Navy after only one days notice.  I was contacted the day before to let me know a spot had opened up. As I lived in Geelong I was given the day to organise everything.  I was sworn in at Melbourne’s Defence Force Recruiting office and driven to HMAS Cerberus near Frankston.

Three months later I graduated and after a few weeks at Communications School, I posted to the Army’s Borneo Barracks in Cabarlah near Toowoomba in Queensland for category training.

After finishing my training, I was posted to HMAS Coonawarra in Darwin in 1990. Two years later I moved to Russell Offices in Canberra.  Less than a year later, I was posted to a unit at HMAS Albatross in Nowra, NSW.

On my birthday in 1995, I flew by RAAF Hercules to Perth where I joined HMAS Westralia for a 6 month deployment.

On return to Australia, I married John Edward Payne, a fellow sailor, in Grovedale, Victoria on Friday 22 December 1995.

Mid 1996 I spent 3 weeks on HMAS Adelaide before joining HMAS Westralia again in Darwin harbour for another 6 month deployment. 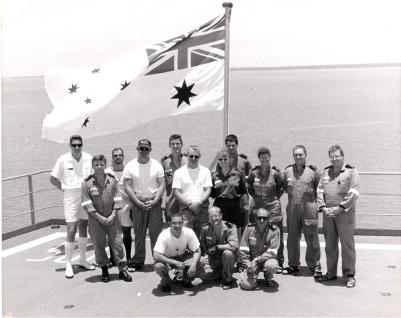 Our son, Jaidyn Thomas Payne, was born on 4 August 1997 and in October I discharged from the Navy full time and joined as a Reservist.

Just over two years later, Tahlia Jean Payne was born on 15 September 1999 and completed our family. 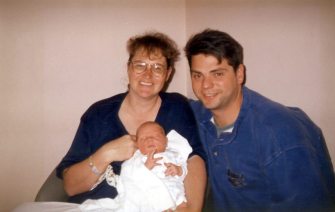 By the start of 2000 we had moved to Darwin as John took an exchange posting with the Army. Two years later we moved to Wagga Wagga, NSW where John worked at RAAF Base Wagga.

The children and I moved back to Geelong in Nov 2002 to live in our newly built house.  John continued to work in Wagga for another 2 years and then discharged from the Navy and worked for RMIT in Melbourne as a teacher.

While in Geelong I worked for a temp agency work and then the State Government before opening my Scrapbooking store called ‘Scrapology’ in late 2004.

A phone call from the Navy in early 2007 asking John to return full-time prompted the closure of my business and a move back to Nowra by July that year.

Since then I have worked in various units around HMAS Albatross and the children finished both primary and secondary schooling.

In my spare time I let my addiction of researching my family history take hold, having caught ‘the bug’ nearly 10 years ago.

I recently completed a Diploma in Family History with the University of Tasmania and will attend a graduation ceremony in Sydney in April this year.

I have been researching my family history since 2009. I am interested it the family names Shingles, McEwan, Snowdon & Witt around Gippsland and Wodonga areas of Victoria, Australia View all posts by Addicted2MyGenealogy